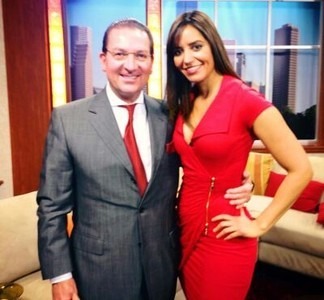 Dr. Newall is recognized as one of Houston’s leading plastic surgeons. As a leader in the field of Aesthetic Plastic Surgery, Dr. Newall has moderated and served on a number of panels tasked with the responsibility of developing the latest techniques in plastic surgery. In addition to being a highly sought after speaker and commentator, Dr. Newall has authored scientific publications, written articles for local and national publications, appeared on local and international TV programs, and interviewed on local radio stations.
His list of media appearances includes TV Channel 45, the local Fox® affiliate Channel 20, Texas Woman® magazine, Health and Fitness® magazine, Inside Houston® magazine, The Houston Chronicle®, and The Houston Post®. He has made international media appearances and many of his articles were published in local Latin media including Dynastia Latina magazine and a local Peruvian magazine, as well as newspapers Caretas®, Cosas Expreso®, and Nove Da Des®.