Plastic surgeons at The Aesthetic Center for Plastic Surgery (ACPS) have developed a new method to improve the aesthetic outcome of Brazilian Butt Lift surgery—the fastest growing cosmetic surgical procedures in the nation. Buttocks augmentation skyrocketed by 58 percent in 2013 compared to 2012, according to statistics released by The American Society for Aesthetic Plastic Surgery—a trend that’s attributed, in part, to celebrities Jennifer Lopez and Kim Kardashian. Their curvaceous backsides and hourglass proportions helped usher in a new era of beauty, in which more women are seeking to accentuate and enhance their natural curves.
When it comes to improving the shape and size of the buttocks, fat grafting is by far the method of choice among plastic surgeons because the fat comes from one’s own body, looks natural, and is relatively safe compared to buttocks implants, which have a higher rate of infection, among other potential issues. But the traditional method of performing the surgery, by repeatedly filling a syringe with fat that has been taken from other areas of the body via liposuction then injecting it into the buttocks, can be a tedious and time-consuming process. 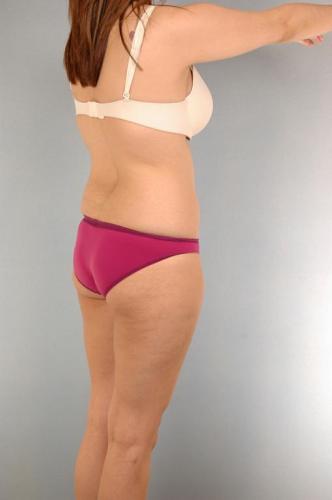 ACPS surgeons set out to find a better method to achieve the same goal and, in the process, discovered a technique that’s more efficient and which allows them to better sculpt the features that define an attractive buttocks’ appearance. They developed a power-assisted form of fat grafting, in which the mechanism used to suction fat out of the body during liposuction is reversed, so that the fat is gently, yet swiftly moved through a small tube with a series of spinning propellers.
With this approach, ACPS surgeons can safely inject two to three times more fat to the buttocks in minutes compared to the hours the syringe method required. This achieves two primary benefits:

ACPS plastic surgeon Dr. German Newall said, “To achieve a lasting, good, noticeable change, you have to put in about three and a half cups of fat per buttock. This amount of fat allows us to comprehensively contour the buttocks so that all the aspects that contribute to an attractive shape can be addressed. This includes the buttock’s fullness, projection and the manner in which it joins the outer thigh. Attention to these details allows us to sculpt a smooth, round contour.
The power-assisted fat grafting method allows us to achieve this level of results. It has a learning curve, but once it’s mastered, it’s the best.”
If you are interested in learning more about Brazilian Butt Lift Surgery and/or other procedures to improve your body’s contours, contact us to schedule a consultation with one of ACPS’s award-winning plastic surgeons.